An investigating authority usually calculates the dumping margin by getting the average of the differences between the export prices and the home market prices of the product in question. When it chooses to disregard or put a value of zero on ... [read more]

Tariff elimination for selected sectors, with the requirement of participation by members contributing 90 per cent of world trade. Developed members want key developing members such as China, India and Brazil to be part of sectoral initiatives. [read more]

The WTO’s top decision-making body. Meeting of the full membership of the WTO once in two years. [read more]

Approach to address NTBs based on specific sectors. For example harmonization of standard in lighter. [read more]

The process or activities by which a company adds value to an article, including production, marketing, and the provision of after-sales service. [read more]

Tariff level of a product not notified to the WTO.  [read more]

The twin deposit hypothesis makes a connection between current account deficit and fiscal deficit. The theory suggests that tax cuts can increase fiscal deficit and results in increased consumption, which will lower the national savings rate. In ... [read more]

A situation where an economy is running both a fiscal deficit and a deficit on the current account of the balance of payments (BOP). [read more] 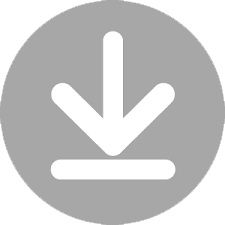